Hewlett Packard released a few new products today, including a touch screen all-in-one called the Spectre One. It looks… well, like something I’ve seen before. 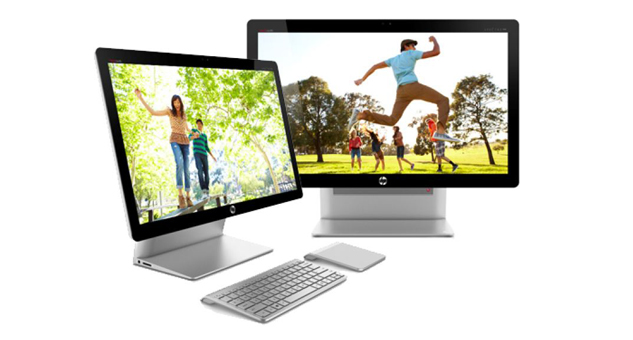 It might, just might look somewhat similar to a computer I’ve seen before. Maybe. You be the judge.

But HP does have that cool touch pad thing to go with it though. Oh wait.

Now I’m not saying that HP can’t copy Apple and that Apple has never looked to other products for inspiration, I’m saying that Apple is an important part of the industry because it goes out and takes the risks on new designs. When it proves time and again that great design and attention to detail result in sales and profits, all of a sudden other companies start releasing things that look eerily similar. I’ll give HP credit for storing the computer in the base and not mimicking the iMac’s bottom area, but then again, it kind of looks like an Apple Thunderbolt Display, just uglier.

This story has been all over the internet today not necessarily because of the blatant “inspiration” that HP took from Apple but for the absolute lack of any comparisons by Engadget, the Verge, and other large publications. Not one happened to notice that it looks similar. Not one. Interesting how the media works some times. You can find more here and here. Vizio is guilty as well, but at least they changed the base.