The tag line for the iBook was iMac to Go, a theme made very clear by the first-generation model introduced in July 1999. The iBook uses the same colorful translucent plastic as the iMac and had the same consumer-focused ambitions in a notebook form. Initial models came in Tangerine (Orange) and Blueberry (Light Blue) “flavors” but changed in September 2000 to Indigo (Deep Blue), Key Lime (Neon Green), and Graphite (Gray) with the introduction of the FireWire models. 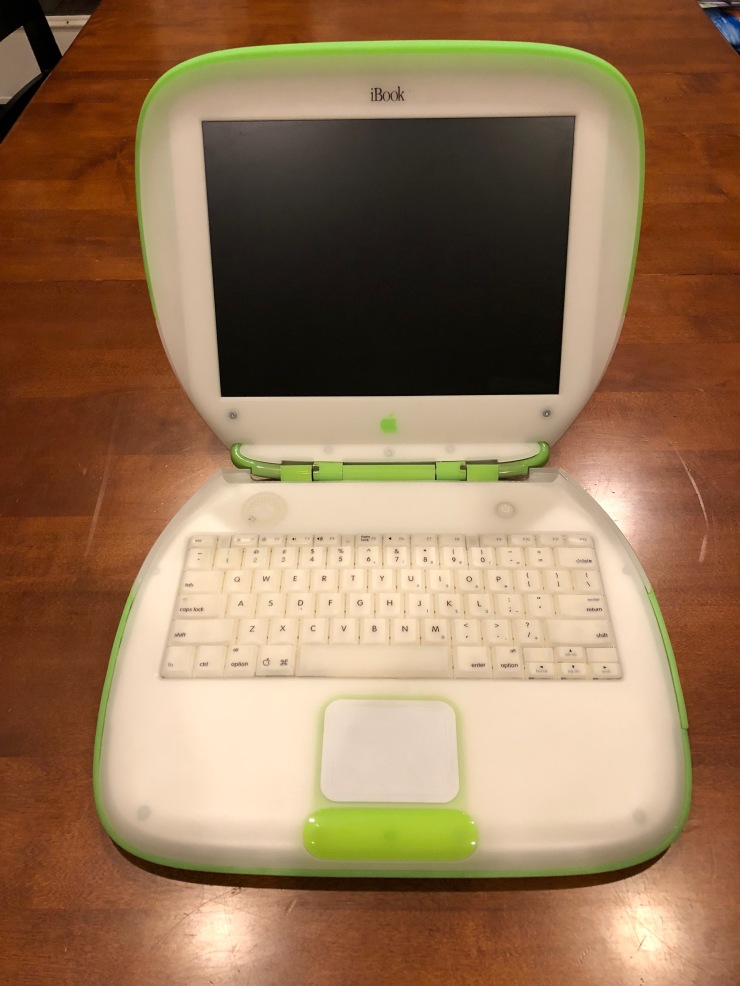 My collection already includes Tangerine, Blueberry, and Indigo models and I’m happy to say it now includes Lime as well. As with many of the Macs that Apple released when I was young I’ve “always wanted” a Lime iBook. It isn’t just green, its neon. Definitely a head-turner. 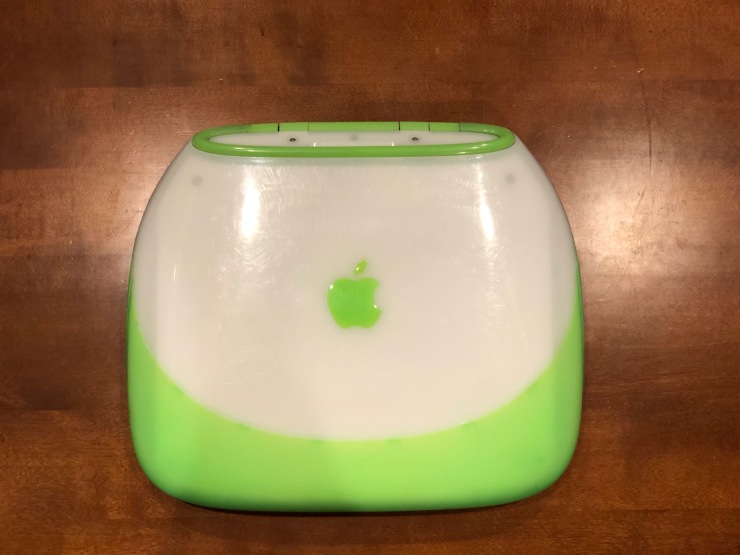 I picked up mine on eBay for $214, which sounds like a lot for a machine that is 18 years old. I assure you it is a good price. Lime iBooks are pretty rare and often sell for over $300 because people like to upgrade them with higher-resolution screens and other goodies. I’ve got a 366 MHz CD-ROM model with 128 MB RAM and a 10 GB hard drive running Mac OS 9.22. 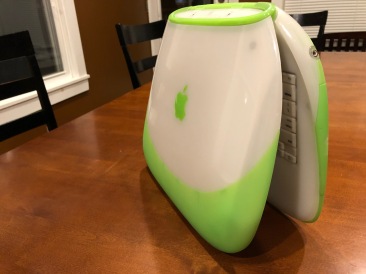 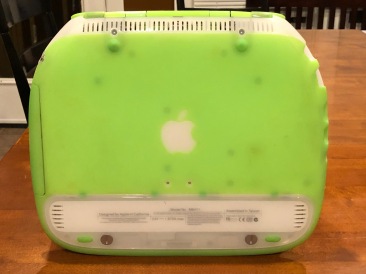 It’s in really good condition. iBook cases, especially the handle, tend to crack over time but this one hasn’t. There were some sharpie markings on it (probably owned by a school) and some grime on the rubberized green edges that came off easily with a Magic Eraser. It boots up fine and runs well. I may install Mac OS 10.0 or Public Beta on it for fun.

If you’d like to learn more about the iBook and what’s in my collection check out my iBook G3 page.