I tend to buy a new iPad every few years or so. I use mine as a secondary computer for casual activities like surfing the web, eBay, watching videos, and playing the occasional game. I use my phone when I’m on the go, I use my MacBook Pro for heavier things like writing and photography, I use my iMac for basic internet browsing on a large screen, and I use my gaming PC for well, gaming. Sally uses her iPad for the majority of her internet browsing, her phone when she’s on the go, and her MacBook Pro when she needs to type something. The boys use iPads rarely to play a game on the weekend or when we go on a long trip.

With Apple’s recent announcement of its new iPad for $329 I have been thinking about whether it is time to upgrade. As part of that process I’ve been reflecting on my iPad collection, which currently is one of the few collections that consists entirely of products that I bought new and used myself in some fashion. I haven’t augmented it with any eBay purchases at all.

I wasn’t very impressed when the iPhone was announced in January 2007. I thought the gestures were pretty cool but I had an iPod and a flip phone and didn’t see the need for the full internet on a mobile device. Fast forward three years and I had a completely different opinion. I owned an iPod Touch and a six-month-old iPhone 3GS. I was intrigued by the idea of a tablet but wasn’t sure if I needed a large iPhone.

Luckily the iPad was a revelation. It wasn’t just a larger iPhone; the software was customized for a tablet. Apps had to be written specifically for the iPad to take advantage of its larger screen which encouraged developers to take advantage of its unique features instead of just scaling up their existing apps. It had a fast CPU and a large enough screen to comfortably read a full web page. It looked like the perfect device for casual internet browsing, social networking, and gaming. At $500 – $700 (add $130 for cellular) it was quite an investment so I didn’t buy one for myself. It wasn’t long before my birthday arrived in November; however, and brought me a top-of-the-line 64 GB Wifi+3G model.

The iPad was everything it promised to be. It’s custom-designed A4 chip was very fast and completely capable of powering all of the pixels on its display. UI popovers and columns gave purpose to the larger screen area. The browser was fast and surfing the internet was a breeze. 64 GB was enough space to store my entire music library and apps with room to spare. It is heavy by today’s standards but was far lighter than my MacBook Pro.

While I never ended up enabling the 3G capabilities of my original iPad, I did squeeze quite a bit of life out of it. After buying a new iPad I kept my original on my desk for almost 2 years as a photo display frame. Once the boys were born we brought it with us on trips to use as a movie machine. I just recently took it out of our charging bay and put it to bed in the Mac Museum. It is one of my only devices still running iOS 5.

The iPad was a great piece of hardware when released in January 2010 but was overshadowed a bit six months later with the release of the iPhone 4 and its Retina display. The iPad’s display used the same 1x pixel mapping as the iPhone 3GS while the iPhone 4 was 2x making it extremely detailed and beautiful. The iPad 2 shaved off weight, added a camera, and included a much faster dual-core CPU but did not include a Retina display. 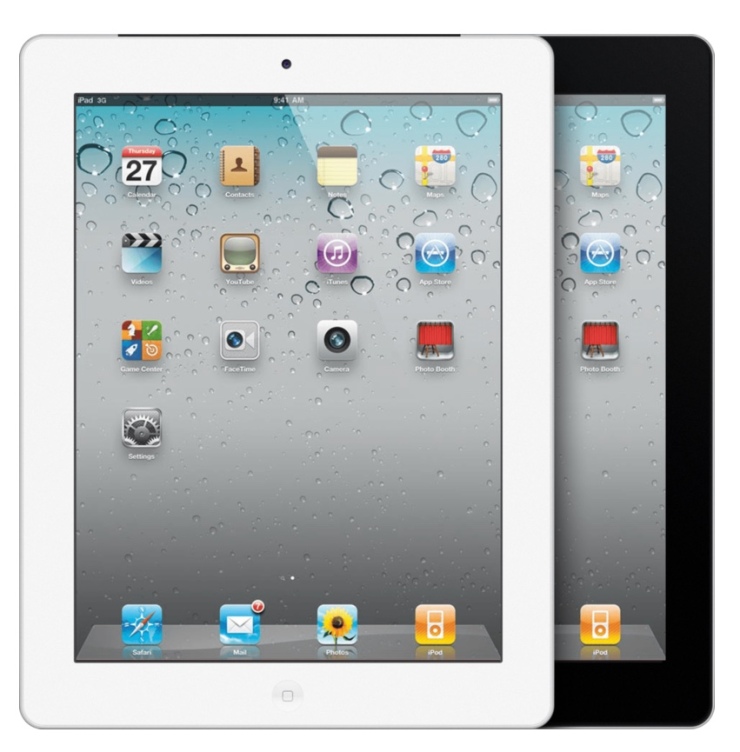 I skipped the iPad 2 and waited for Retina to come to Apple’s tablet. Retina came to pass in March 2012 in the form of the 3rd generation iPad. As expected the screen is beautiful but outside of that the Retina iPad is a strange duck. It uses a variant of the A5 in the iPad 2 called the A5X which has the same CPU power as an A5 but includes four graphics cores instead of two. While the extra GPU cores help power the extra pixels on the display they do not reduce the stress those pixels put on the CPU, resulting in slightly lower overall performance than an iPad 2. It also weighs more and is thicker than an iPad 2.

I bought my Retina iPad with my bonus in 2012 and chose the mid-grade 32 GB Wifi model in white. I skipped cellular since I never used it in my original iPad. I also purchased a red leather smart cover for it that I really enjoyed. Watching it turn on as I flipped the cover off was so simple but so delightful; a great example of Apple’s design talents at work.

As a result of its performance issues my Retina iPad has struggled with iOS upgrades over the years. Most of the restrictions Apple put on the iPad 2 to retain any semblance of reasonable performance also apply to the Retina iPad, and its performance is still worse than the iPad 2. The boys still use it for games and movies but boy is it slow and heavy. It will probably be replaced in our lineup soon by Sally’s iPad mini.

Apple righted the wrongs of the iPad 3 the next year with the iPad 4. It includes an A6X CPU that can actually power the device but didn’t shave off any weight or thickness. I skipped out on this one as well because I didn’t buy iPads every year. I wanted one to alleviate the performance issues I already had but this wasn’t the time. 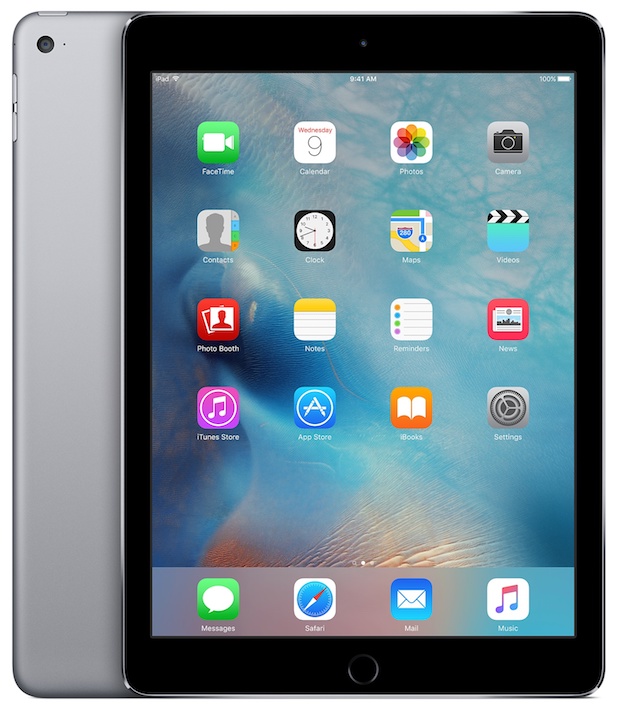 Apple blew the smartphone world apart in September 2013 with the iPhone 5s and its 64-bit A7 CPU. The CPU was so powerful that it showed up a month later in a lighter, thinner iPad nearly unaltered. The iPad Air represents the first major redesign of the iPad since 2010. It is not only lighter and thinner but narrower as well due to slimmer screen bezels. The 64-bit A7 is so powerful that it can power an iPad without any extra GPU cores to make it an “X” variant. Its performance is slightly higher than the version in the iPhone and it is still nearly twice as fast as its predecessor and four times faster than my Retina iPad.

It is much lighter than my iPad 3, much faster, and has much better cameras. I bought another 32 GB Wifi model, this time in black / space grey. I once again bought a red smart cover for it. The A7 is strong enough that it can even run iOS 11. It isn’t as snappy as it used to be but it is good enough for the boys to watch movies and play games.

Sally finally got into the iPad game with a mini 2 the same year. I bought it for her as a gift because she’d been talking about it ever since the original mini came out. I told her to hold off on the mini because it didn’t have a Retina display and had a slow A5 CPU.

Apple addressed those issues at the same time they released the iPad Air. The new iPad mini included a 7.9″ Retina display and an A7 CPU, identical to the CPU in the Air just clocked slightly slower to prevent overheating. We now had three A7-powered devices in our house: my iPhone 5s, my iPad Air, and Sally’s iPad mini 2.

Apple finally got its “X” game together in 2014 with the successor to the iPad Air. In addition to shaving weight and thickness off of the already svelte Air, Apple also packed in a new variant of the A8 that was truly iPad-optimized and laid the foundation for the iPad pro a year later. Whereas the original Air didn’t include an “X” variant CPU with extra GPU cores, the Air 2 did, but it added more than just GPUs. For the first time the A8X included three CPU cores compared with the A8’s two. This provided a core performance boost that wasn’t limited to just gaming and running the display. In addition it was the first iOS device to include 2 GB RAM, allowing more applications to run in memory and speeding up the entire device.

One of the ways Apple shaved thickness off of the Air 2 was by laminating the display glass to the display surface. This eliminated an air gap that reduced thickness and glare and deepened the color of the screen. The other weight and thickness savings came by decreasing battery capacity while still maintaining the same 10 hour runtime as the iPad Air.

The Air 2 was the first time that I bought two iPad generations in succession, and only because I found a deal. It was probably a year or so after the Air 2 hit the market that Staples had a crazy deal where you could save $150 or $200 on one. It was so great that I made a near-impulse decision to buy one. I even picked it up in person at a local Staples store. I felt frisky so I bought the Gold model that had just been introduced.

The iPad Air 2 is my current iPad and it is serving me well. I have a 64 GB model which has plenty of space for music streaming and the occasional movie download for an airplane trip. While I have been tempted by Apple’s $329 6th generation iPad with an A10 and Apple pencil support I have not upgraded yet for a few reasons.

First, the 5th and 6th generation iPads use the form factor of the original iPad Air meaning that they are thicker, heavier, and don’t have a laminated screen. They also use the iPhone version of the CPU, not the more powerful “X” variant in the iPad Pro. I think a 10.5″ iPad Pro is more suited to me with more memory, an “X” CPU, a larger and higher-quality screen, and better speakers. But they cost twice as much… 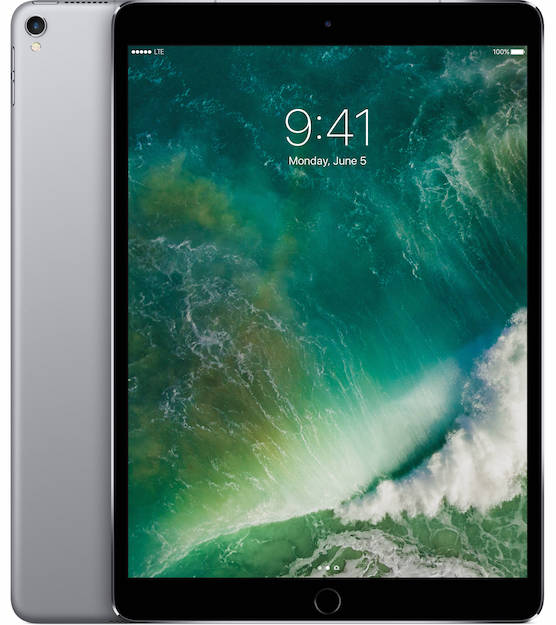 As I don’t need a new iPad and Apple is most-likely announcing new iPad Pros soon I’m going to wait. I’d gladly buy a current generation Pro when they go on sale after Apple announces a new version. What will become “last year’s” iPad will have enough power for me.

One Reply to “My iPad Collection”