Apple released the MacBook in May 2006 to replace the iBook. It completed the majority of Apple’s transition to Intel processors (save for the Mac Pro and Xserve) and introduced a new form factor to its consumer line. It includes features previously reserved for the PowerBook / MacBook Pro family including a widescreen display (13″) with a glossy finish, a built-in iSight camera for video conferencing, DVI video output, a remote port to control the Front Row media application, and a dual-core CPU. It introduced a latchless magnetic screen design that eventually made it into the MacBook Pro as well as the flat “chiclet” keyboard that is now common across Apple’s line and contemporary PC’s. 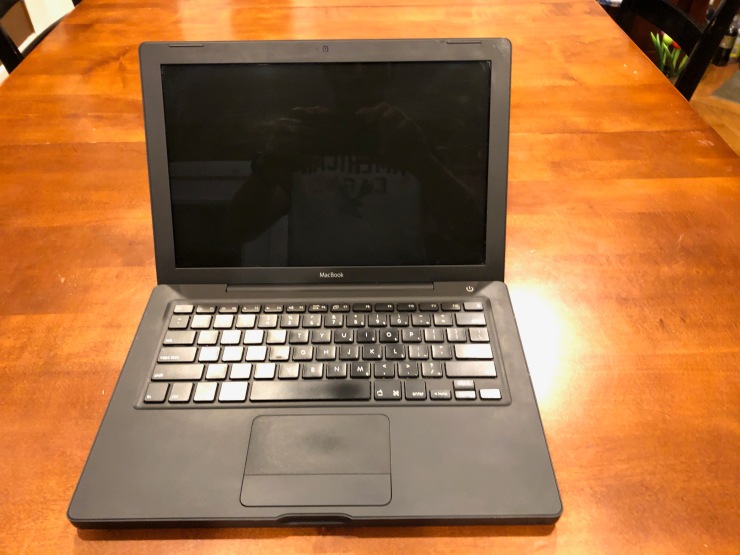 The widescreen form factor of the MacBook Pro replaced the largely-unchanged design that the iBook had used since 2001 and provided a huge performance boost to Apple’s consumer line. The standard MacBook is made out of glossy white plastic just like the iBook but Apple also offered a black matte version for a $150 premium informally known as the “black tax”. Apple continued to offer a black model for a premium until it was dropped in October 2008.

We bought a brand new MacBook for Sally in 2006 but opted to avoid the black tax and get the white model. I’ve always thought the black model looked phenomenal. The simple rectangular shape looks extremely clean and the black evokes Apple’s elegant Powerbook G3 series. My boss at UNH had one in his office and I remember ogling it whenever I was in there.

I picked up mine from eBay for $139, as these have finally fallen into the pricing sweet spot – too old to be useful on a daily basis but not so old that they are considered rare collectibles and command a premium. It’s in good condition with no cracks, dents, or scratches, and boots right up. The only “issue” is the battery: it’s from a white MacBook and since the outer casing is actually attached to the battery (like the iBook dual USB models and later) there is a big white section on the bottom of the case. I’ll probably pick up a black battery at some point to address that. 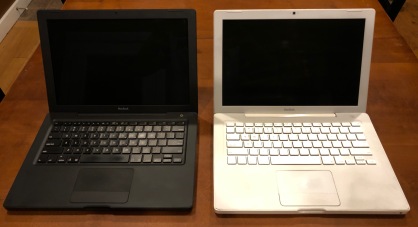 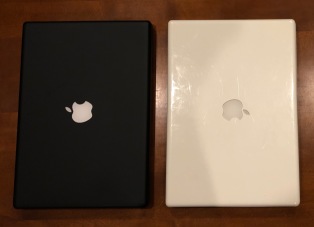 My Black MacBook is a Mid-2007 model with a 2.16 GHz Core 2 Duo, 4 GB RAM, and a 120 GB hard drive running Mac OS 10.7. This model is very similar to the original MacBook but has a 64-bit CPU with more cache, faster wireless networking, and a faster DVD burner.

This MacBook measured up to my expectations and will look very nice in the museum. The black looks very sharp next to other machines and makes the high-contrast screen stand out. It’s interesting because the plastic isn’t just a different color than the standard MacBook but it is also a different texture. Where the white MacBook is shiny and smooth the black model is matte and a bit tactile. It doesn’t reflect light as brightly and doesn’t show scratches as easily.