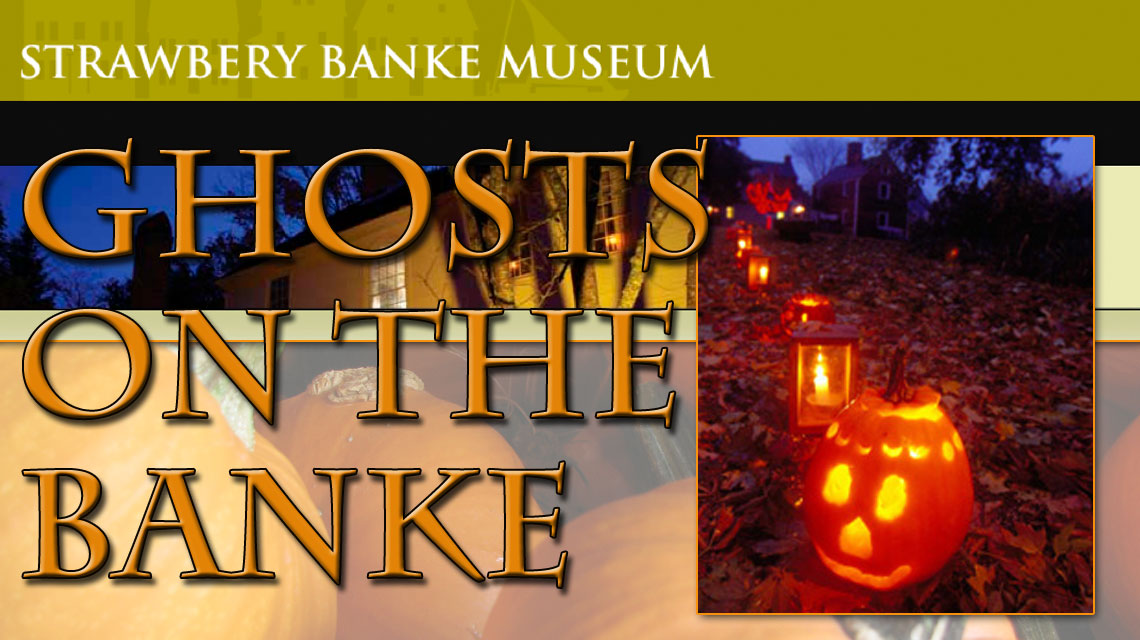 We hit up a really cool event last night called Ghosts on the Banke at Strawberry Banke. It’s a Halloween festival that turns the entire area into a haunted neighborhood full of Trick-or-Treat, activities, characters, music, food, and fun. It was really, really, really cool.

Orange lights were strung up in paths to guide the crowd around, carved pumpkins with candles and lanterns lined the walk ways, and the houses were lit up from the inside with a variety of static, flashing, and colored lights. There was a band playing at the front, a bonfire in the middle, and people everywhere. I’m not one for crowds, but it was totally worth it for the experience.

The boys’ favorite part was the fog machine with fog bubbles hands-down. We spent a good 10 minutes there the first time, found another one in a different part of the bank,  and returned before we left for a final round. I’ve never seen fog bubbles before so I understand why the boys loved them so much. They are literally a bubble that turns into a poof of fog when you pop it. Really, really cool, other than the boys disappearing into a cloud of fog while they chased after the bubbles. That wasn’t cool.

The “haunted maze” was a bit too haunted for Adam, but not haunted enough to prevent Zach from going in for seconds. I enjoyed the ambiance of the entire thing. Looking at all of the houses lit up in different colors was so cool. They even had a house that as legitimately run down with the curtains removed and strobe lights flashing to show off genuine cracked plaster on the walls and ceiling and a look of disrepair. It was just so cool.

I was so intrigued by the whole thing that I only took a single photo of Zach standing in front of a grave yard. It was so great. The weather was awesome, cool but not freezing, just a great night overall. We’ve never gone to an event at Strawberry Banke before but I think we’ll see what they are doing this winter to give it a try. We’re definitely going back to this one.